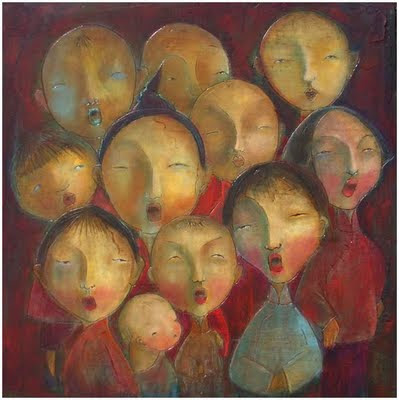 In her youth, Mrs. Sung had sung in the Peking Opera. It was to her dismay that her husband, an official in the Kuo Ming Tang, had to flee for his life to the island of Formosa. It later became even worse, when he fell out of favor with Taipei authorities and was assigned to our small village as a magistrate. Not only did Suzy lament the loss of face, but the lack of dramatic opportunities. Still, the enterprising singer was quite successful in starting our first operatic troupe. The fact that the choir was made up mainly of members of her own household staff and a few disgruntled veterans did not diminish our enjoyment.
The only person who missed the performance of The Lonely Maiden was the Magistrate.