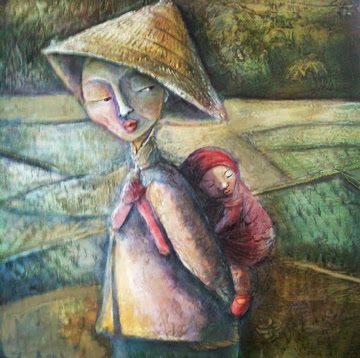 Gong....Gong.....Gong....Ah Song had been planting rice all day.  The Pong Yang temple bells  began to ring just a few minutes before six.  All the farmers of the Mae Sa Valley understood that this low metal vibration, echoing through the fields, meant work for the day was done.  If the exhausted laborers gathered their tools and headed home when the last bell sounded, they would reach home before dark.

For Ah Song, her work would not be done.  There were still children to tend and men to feed once she trudged up to her mountain top home.


~Painting and posting from  Mae Rim, Chiang Mai
Where I have been watching Ah Song from my veranda for several years.
Painted by Jeanne-ming Brantingham 3 comments 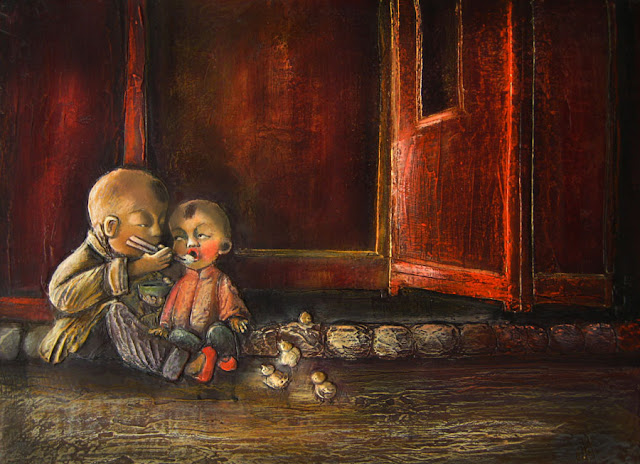 Lin Chia Shen and Lin Yu Shen left their home in Chung King by train, traveling overland to the big city of Shanghai.  There, they were to board a boat to KeeLung, a small harbor on the northern tip of  Formosa.  They had never met their large extended family in Taiwan and their father had not been home since he was a youngster.  Now that the war was over, they could at long last go to meet their long separated family.
But on the way, their  mother fell ill and died. Mr. Lin decided to continue the journey home to Wu Fung in central Taiwan.  The journey, once started as a joyful reunion, now became a trip of necessity.  He needed a haven, a home to raise his two grief stricken sons.  There, he knew they would all be loved and well taken care of.
Once inside the courtyards of the Lin family home, two year old Yu Shen refused to eat.  He cried for his Mama.  It was only his brother who could get him  to eat, and only if he fed him himself.  Yu Shen would also wake in the middle of the night, calling for his mother and that is when Granny Lin began leaving a light burning in the boy’s room while they slept so that Chia Sheg could comfort his little brother in the middle of the night.
When Chia Shen passed away at the age of 71, he still slept with the light on. 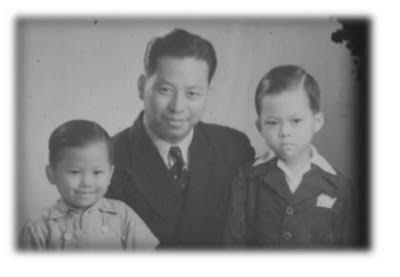 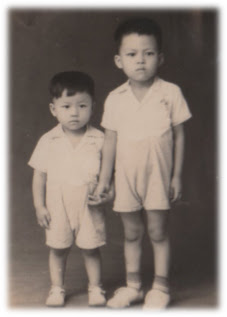 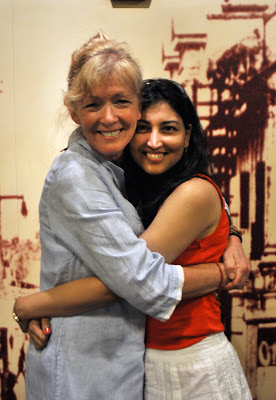 Shaista Tayabali  and I met in Kuala Lumpur.  I met her adorably lovable parents and one newly wedded brother and sister- in- law too. Wonderful!  Now,  suddenly, after a full night of talking,  I can't find any words.


"A red thread connects your heart to mine.  We are together at last."