“I wonder how many children will make their way to me,” Mariko wonder to herself.  “Three is a good number.” 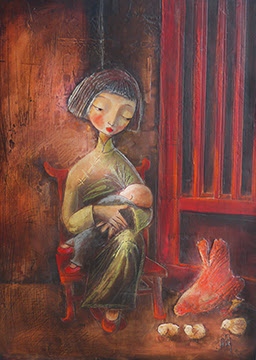 A Family Affair
I gave this painting to Mariko in 2009, when my sister-in-law announced to our family that she was expecting her first child. She and my brother had been married barely a year and they were living in Shanghai in the house of yet another of my brothers.

My brother and Mariko now have two children. A few months back  while on a different trip here in Hong Kong, the topic was broached about having a third child.  There was a long and affectionate debate weighing the pros and cons.

But the decision was largely made when Mariko pointed up to this painting called Three is a Good Number and said with a slight hint of victory in her voice, “but Da Jie, you predicted we would have three.”

And so now a third is on the way.

Today I am alone in their house painting and I thought Three is a Good Number  needed some repairs.  It is chipped from their many moves. 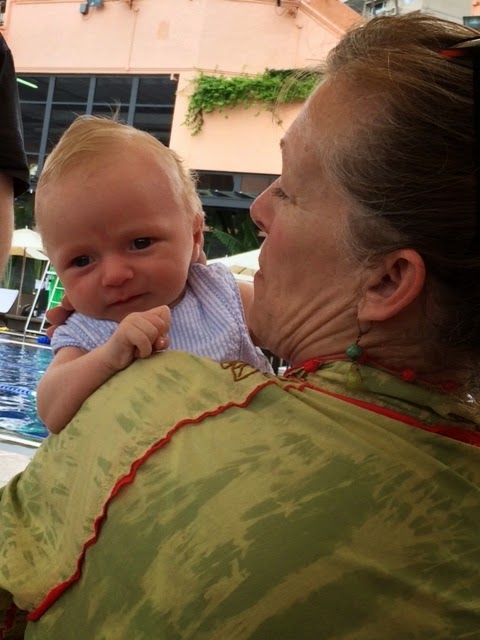 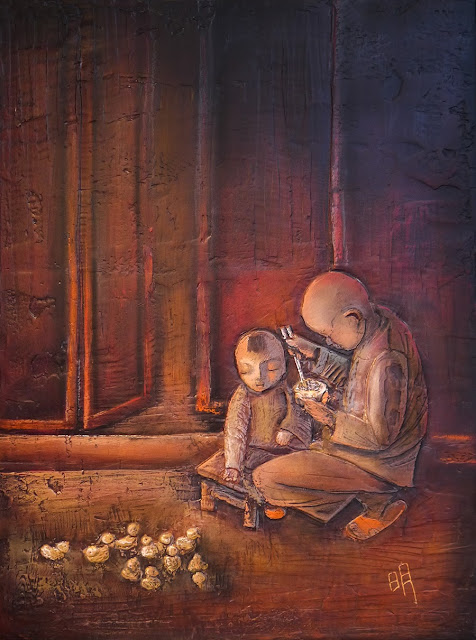 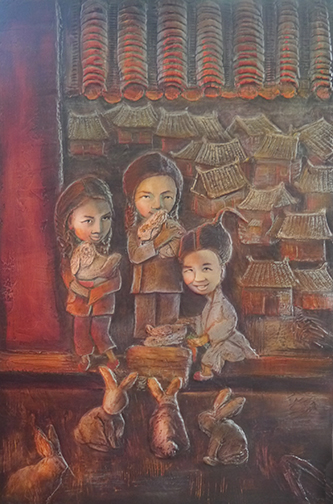 Auntie Bao could not believe the effect her goddaughters had on her rabbits. When the three sisters came to visit, they had immediate good effect not only in her barn, but on her general outlook about the family’s future.  The next time she saw their father, Bao Gu Gu punched his arm and made tsk tsk-ing sounds with her teeth and then said loudly, “Wa! Lao Bao, you so triple lucky! Your daughters are such good credit to the family. They are helpful and look after each other very well and all while each one is so unique and independent. Three such good daughters are better than three dozen sons.  Ai Yo, even better than San Min Zhu Yi for the Republic.”

This is for my beloved goddaughters....Rylee, Kasey, and Jamie

Romance of the Three Kingdoms 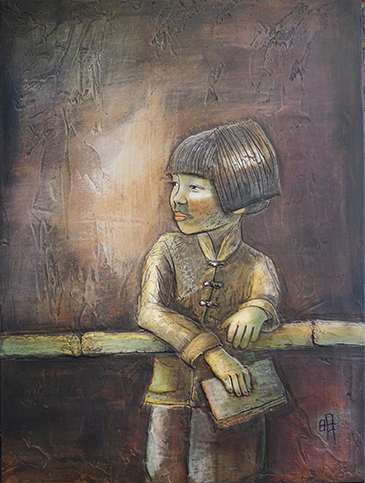 The Romance of the Three Kingdoms

Uncle Tu gave his maid, Li Mei Hwa,  a scholarly work bound by course strings that and  silken papers. In the evenings the old man tried to teach the young girl to read and write all with the intention that this would lead to her ability to recite poetry from the Tang dynasty poets to him in the evenings. Little Li had never been to school a day in her life but this did not deter Uncle Tu from jumping right into the classics. The book was his treasure and sharing the stories within to such an eager student, was his pleasure.
Painted by Jeanne-ming Brantingham 0 comments